Adverse Possession: How Someone Uses Property, Then Owns It 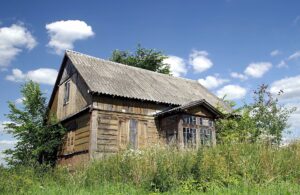 Every year, newly-minted law students are incredulous to learn about the doctrine of “adverse possession,” a legal pathway by which property owners can lose title to their real estate if a neighbor, or total stranger, has been using the owners’ land for a long enough time without their permission.

While most law students will have heard of the related concept of “squatter’s rights,” a term that invokes the occupation of an abandoned home long forgotten by the owner, few appreciate the broad range of scenarios in which a non-owner can acquire title to land simply by using the property as their own for a long enough period.

See the related story: Can Someone Steal Your Home Through Title/Deed Fraud?

Originally developed in feudal England when surveys and land records were of dubious reliability, adverse possession has long been justified as serving the public interest by increasing clarity, and offering finality, when disputes over land ownership arise.

In theory, unless some limit is placed on the time period in which landowners can bring a claim against someone using their land, the owner could neglect to bring a claim for as long as they wished, and then go to court to enforce their ancient claim to land long since abandoned.

Meanwhile, anyone tending to land as their own—exclusively, openly, and continuously, for many years—might be eternally concerned that they could face ejectment should some ancient owner spring up with a claim to that land, unless they were absolutely certain there were no dormant claims to the land.

Nowadays, while disputes over wild or untended parcels still come up, the most common adverse possession cases deal with disputed boundary areas between neighbors.

See an example of adverse possession on our Appellate Litigation page

A typical contemporary case, for example, might involve a property owner who, upon reviewing a survey map of their parcel, realizes that their property line actually extends 20 feet into what they had thought was their neighbor’s yard, and on which the neighbor had constructed a vegetable garden.

Depending on how long the garden had been there, what other activities the owner or neighbor conducted on the property, and how regularly those activities were performed, the owner may or may not have lost title to that portion of their land to their neighbor. 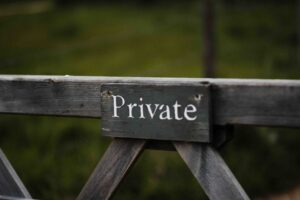 In Connecticut, where adverse possession is codified by statute in Conn. Gen. Stat. § 52-575, an adverse claimant prevails when “the owner is ousted of possession and kept out uninterruptedly for 15 years by an open, visible, and exclusive possession by the claimant, under a claim of right, with the intention of using the property as his own, and without the owner’s consent.”

The simplicity with which the requirements can be stated belies the challenge of determining whether they have been met in a particular situation. Each claim’s merits are highly dependent on the facts at hand, and on how those circumstances compare to prior decisions by the court in analogous cases.

To make matters even more nebulous for owners, recent decisions in the courts have interpreted a 1996 amendment to § 52-575 as requiring any owner ousted from their land to file an official notice in the land records, even if they retake physical possession of their land shortly after being ousted!

If you are concerned that a trespasser’s use of your land could support a claim of adverse possession, or if you have been using land as your own for many years and want to understand if you have a valid legal claim to it, a Cramer & Anderson attorney can review your situation and help advise you as to the proper actions you should take to assert your rights.

Contact any member of highly experienced Real Estate Law or Land Use & Environmental Law teams to arrange for an initial consultation.

—Eric Mason, a graduate of Princeton University and the Stern School of Business at New York University, and a law student at the Benjamin N. Cardozo School of Law, is a summer intern with Cramer & Anderson.