Cramer & Anderson Municipal Law Partner Dan Casagrande was a finalist for the Connecticut Law Tribune Game Changers award, based on a precedent-setting win in 2020 and his other high-impact work.

This year’s CLT awards were presented in a May 12 online ceremony. The Game Changers award was given to Angela Schlingheyde of the Center for Family Justice. Cramer & Anderson Partners Jennifer Collins and Kent Mancini each won a Distinguished Leaders Award.

The Game Changers nomination letter detailed how Attorney Casagrande has been working on behalf of a citizens group, Rescue Candlewood Mountain, and the Town of New Milford since 2018 to expose the harmful environmental effects of a proposed 20 MW solar power project above Candlewood Lake—a project awarded a Connecticut Siting declaratory ruling that no Certificate of Environmental Compatibility and Public Need was required just three days before a new state law that would have required denial of the petition because the state Department of Energy and Environmental Protection (DEEP) had warned the Siting Council about the project’s material adverse effect on core forestland.

Through tireless “game changer” work, the nomination explained, Attorney Casagrande showed DEEP the project could lead to the extirpation of a State Threatened Species, the Northern Slimy Salamander, prompting a DEEP environmental analyst’s October 2020 recommendation that project not proceed. In November 2020, it was revealed that the project’s developer had lost its buyers (public utilities) for the solar power.

As outside Assistant Corporation Counsel for the City of Danbury, a position he has held since 1990, Attorney Casagrande led an ongoing effort to crack down on massage parlors and spa therapy establishments that function as fronts for prostitution—through regulatory action, a new ordinance, rather than police enforcement. He forged a working relationship with the City’s police and health departments to assist him in crafting this “game changing” way to target the root causes that enable this harmful illicit activity.

“The solution is not to arrest the women — the solution is to go systemically against the owners,” Attorney Casagrande told Hearst Connecticut Media for a CT Insider story the struggle across Connecticut to shut down illicit massage parlors. 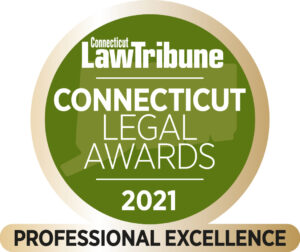 Attorney Casagrande was named the Connecticut Law Tribune’s inaugural Giant Slayer in 2018, and honored with a Marvin J. Glink Private Practice Local Government Lawyer of the Year award from the International Municipal Lawyers Association (IMLA) in 2019.

Signature past examples of Attorney Casagrande’s work include successfully representing the City of Danbury in the 1998 Union Carbide appeal of the municipal tax assessment valuation for its headquarters, safeguarding $10 million in tax revenue for the City, and representing the Town of Waterford when Dominion Nuclear Connecticut, Inc., owner of the Millstone Nuclear Power Station, appealed the town assessor’s $1.2 billion valuation of Millstone for tax purposes. The court preserved 93 percent of the town’s valuation.

A highly-experienced attorney in private practice in Connecticut since 1986, Attorney Casagrande also focuses on Appellate Litigation, Planning & Zoning Land Use and Land Use & Environmental Law.