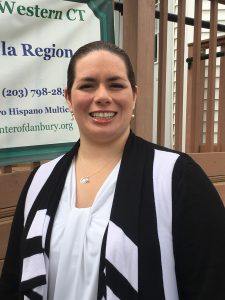 Danbury takes pride in its diversity and the contributions of cultures that enliven the city with a panoply of world flavors experienced through the cuisine of countries stretching from India to Latin America, and through vibrant arts and cultural traditions.

There’s a socio-political undercurrent to that richness embodied by the work and programs of the Hispanic Center of Greater Danbury—part of the Multicultural Center of Danbury—whose mission is “to serve, support, and educate our Spanish-speaking residents in their effort to strive and succeed, creating a benefit to the Danbury community at large.”

One of the proudest moments for the Hispanic Center, its staff and its volunteers took place Thursday, June 2, when new U.S. citizens were recognized with pins at the Citizens Recognition Breakfast, held at the Family & Children’s Aid Child Guidance Center.

At the breakfast, keynote speaker Ingrid Alvarez-DiMarzo, Connecticut State Director of the Hispanic Federation, and guest speaker Emanuela Palmares, Editor-in-Chief of Tribuna Newspaper, urged the new citizens to vote, to speak their minds and to be active as citizens to collectively shape a new, better future. 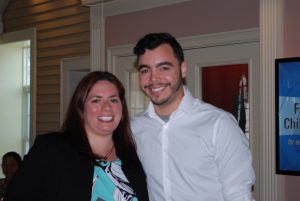 This year’s breakfast included a special recognition for Cramer & Anderson Attorney Lisa Rivas, who received an Above and Beyond Award. “We love working with you and appreciate all you do at the Hispanic Center,” Andrea Contreras, the Interim Executive Director of the center, wrote to Attorney Rivas in an email.

As a volunteer at the Hispanic Center for more than five years, Attorney Rivas teaches a citizenship course so popular that it has gone from being offered once a year to four times annually. She teaches two of those four classes and two other immigration attorneys handle the remaining classes.

“Each class is for eight weeks, and they are two hours a week at night,” she said, estimating that there are 25 to 30 participants in each class.

“We want to make this as easy of a transition as possible, and help them prepare. We teach them the history behind the 100 civic questions they are going to have to answer,” Attorney Rivas said, explaining that given the $680 cost to apply for citizenship, she doesn’t want to see someone apply, not study or prepare, and then get denied. 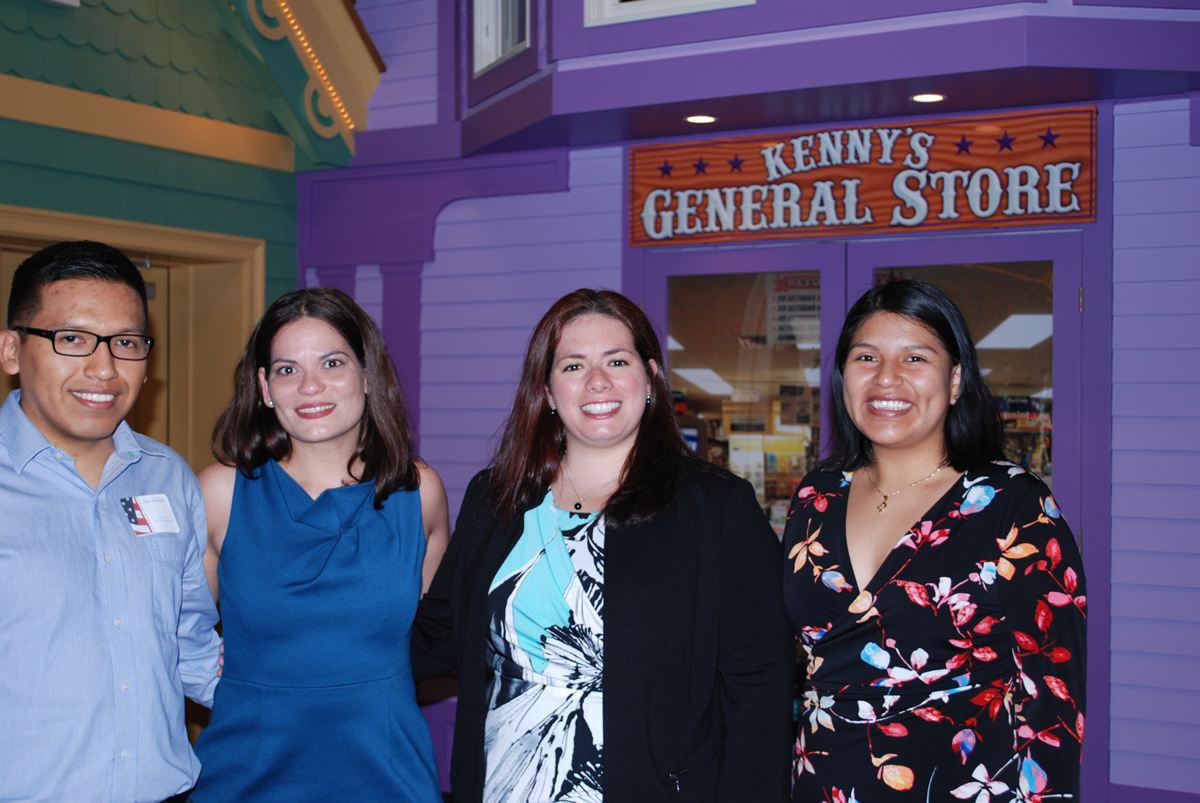 The attorney’s volunteerism also has her doing community talks, on such topics as Connecticut’s driver’s license program, the myths and realities of immigration-related issues and the status of executive actions implemented by President Barack Obama, including his executive order that removes the fear of deportation for millions of immigrants—which is subject to a preliminary injunction pending a decision from the U.S. Supreme Court.

“He has helped thousands of students, and depending on how the Supreme Court rules in June, millions of parents throughout the country could benefit from his executive order,” Attorney Rivas said of President Obama.

In addition to volunteering at the Hispanic Center, Attorney Rivas makes herself available as an attorney for consultations with anyone who has a legal issue. 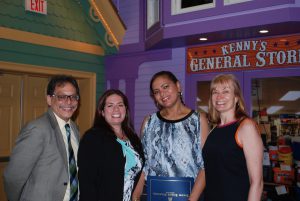 “What happens with immigration is that you’re involved in different aspects of people’s lives,” the attorney explained of her work in trying to unify families, and help people make the life-changing transition from being not just a resident of the U.S. but a citizen.

“We have so many people who want to become citizens so they can participate in the elections this year. There’s so much riding on it,” Attorney Rivas said.

She is also excited about another role she plays in helping the Latino community in Greater Danbury. As a member of the executive board of the Latino Scholarship Fund, she will help present scholarships to graduating high school seniors at an event in early June whose details are still being determined.

“This year we are awarding 10 scholarships totaling $28,000. We are offering the largest scholarship to date, which can help a student pay for almost a full year at Western Connecticut State University and will be distributed over four years to promote long term success,” Attorney Rivas said. “I was a recipient when I was a senior and going into college.”

The founders of the scholarship fund are family friends who have retired to Florida and passed the baton to a new generation, Attorney Rivas said, explaining, “We’re based in Danbury but serve a region that includes Ridgefield, New Fairfield, New Milford, Sherman and other communities.”

Funds for the scholarships come from donations by businesses and a series of fundraising events, including a lobster fest in the summer and a Halloween party. “Our biggest event is the annual gala,” said Attorney Rivas of the 22nd annual gala being held Oct. 15. “It’s actually going to be a masquerade ball, so we’re looking forward to it.”

Attorney Lisa Rivas, right, at the Hispanic Center of Greater Danbury with Alex Zapata, a Case Manager and BIA accredited representative, and Andrea Contreras, the Interim Executive Director of the center.

In her third year at Cramer & Anderson, Attorney Rivas is the only bilingual attorney in the Danbury office, and works with other attorneys through the firm’s five offices in Western Connecticut if they need help with Spanish.

Given the community-enriching demographic trends in Greater Danbury, that need will only increase.

“We have a huge population of immigrants in Danbury and it’s not just Latinos,” Attorney Rivas said. “We’re really trying to invest in where we live. A lot of people are coming here and they’re buying homes and opening businesses because they really want to establish roots. A lot of businesses on Main Street are owned by people from other countries. Danbury’s definitely become known for its diversity and I think that’s great.”