Camp, who played on Yale University’s varsity football teams from 1877 to 1882, and served as Yale’s first football coach, is credited with choosing the first All-America team and helping develop the game, in part through his leadership of the American Football Rules Committee.

“When I think of American football, especially college football, I think of Walter Camp. Being part of this organization is a great honor,” said Attorney Sponheimer, a graduate of Amherst College, who grew up in a family devoted to football and, like his father and brothers, played collegiate football.

“It would be hard to find boy in Connecticut who attended more Ivy League Football games between 1997 and 2005 than I did, having gone to at least 70 games from the time I was 6 until I was 15,” Attorney Sponheimer said. “That’s a lot of time to think about the storied tradition of the Ivy League, which goes back 150 years. Without that history there would be no college football playoffs or ‘Power 5s,’ no Crimson Tides (University of Alabama) or Fighting Irish (University of Notre Dame). That history would not be possible without Walter Camp. Every team, coach, and player in college football today can draw a direct line on the football family tree to Walter Camp.” 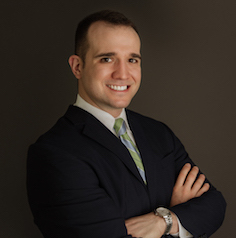 After being interviewed by the membership committee and invited by the Board of Directors, Attorney Sponheimer joins the Walter Camp Football Foundation as a provisional member, per foundation protocol.

He will serve on three foundation committees, and after two years, a membership committee review will be held to determine if he should become a permanent member.

The foundation holds an annual awards gala to honor best players in college football, who are named to the All-America Football Team, and also honors the top high school football program in Connecticut.

“You can’t talk about Connecticut athletics without mentioning Walter Camp. His legacy is ingrained into the very fibers of Yale University, and as a result New Haven itself,” said Attorney Sponheimer, who has attended three foundation galas. “I value the opportunity to give back and be part of the game that meant so much to me during my lifetime, and I hope to contribute to the prestige and brand that makes the foundation such a respected organization throughout Connecticut and the national college football landscape.”

The foundation’s next event is the annual golf tournament June 13 at Race Brook Country Club in Orange, and guests this year include two-time Heisman Trophy winner Archie Griffin.

A graduate of the University of Connecticut School of Law, he joined Cramer & Anderson in March 2021 after several years of working at Hoyle & Sponheimer, a general practice law firm based in Ansonia.