Cramer & Anderson Partner Neal D. White, Jr. was installed as Master of the St. Paul’s No. 11 Masonic Lodge in Litchfield in a Dec. 21 ceremony.

It marks the second time Attorney White has been Master of the lodge located on Meadow Street in Litchfield center. He also served in the role in 2011.

“It’s an honor and a privilege to guide the lodge and our esteemed members,” Attorney White said. “It’s rewarding to be part of the oldest fraternal organization in the world, and we are proud to give back locally and regionally, assisting and empowering our communities and those who call this area home.”

Freemasonry’s origins date back to the Middle Ages. As a way of life, it promotes a strong belief in family and community, pride in the country, and sound ethical and moral values, according to the Grand Lodge of Connecticut.

Masons are encouraged to be good citizens, to model good character, to care for those who are less fortunate, and to give back to his community. The Masonic fraternity contributes more than $1 billion annually to philanthropic pursuits, with $750 million of that in coming in the U.S., the Grand Lodge reports.

“We do a lot of philanthropy, a lot of community involvement, and a lot of charity locally,” Attorney White said, highlighting scholarships to students from Litchfield, Wamogo and Thomaston high schools, as well as Oliver Wolcott Technical High School. The scholarships can continue throughout college for students who receive them.

St. Paul’s Lodge donates to area fire companies and supports the Possum Queen Foundation and the Susan B. Anthony Project’s Walk a Mile in Her Shoes initiative, as well as the Connecticut Children’s Dyslexia Center in Waterbury and many other causes and organizations.

A member of the lodge since 2007, Attorney White was drawn to Freemasonry by its long and rich history and traditions. “There’s a very, very interesting history to the whole thing and that’s what initially drew me to the fraternity,” he said.

The origins date to the associations of stone masons who built the cathedrals, castles, and monasteries of Europe. “These groups, eventually, began to accept members who were not actual working masons,” the Grand Lodge of Connecticut explains. “At that time they adopted the term ‘Accepted’ Masons, and Freemasonry was born.”

Freemasonry was popular in the Revolutionary War era and the ranks of Masons included famous leaders such as Benjamin Franklin, George Washington, and Paul Revere.

In 1781, Masons from Litchfield petitioned the Grand Lodge of Massachusetts—the governing body for Connecticut at the time—for a charter to create St. Paul’s Lodge. The authorizing document includes the signature of Revere. The lodge has a copy and the original charter is preserved at the Litchfield Historical Society.

“It is the greatest happiness of my life to have presided in the Grand Lodge at a time when Freemasonry has attained so great a height,” Revere said in 1797. He became Grand Master of the Grand Lodge of Massachusetts in 1794.

At St. Paul’s Lodge, leadership positions can run for multiple years, but the lodge typically has an election for new leaders every year.

The Freemasons face the same challenges as other fraternal organizations in the U.S., which have seen their days of primacy in communities wane as struggles to maintain healthy membership levels increase.

As for the mystique about the Freemasons and their symbols, including the unfinished pyramid and All-Seeing Eye on U.S. currency, Attorney White said, “Historically it was all secret because it wasn’t talked about.” The fraternity is ritualistic, he acknowledged, but said the reputation for mystery, even some dark mysteries, is a remnant of an earlier era.

“Masons have a confused place in the national imagination: To many they are charitable, fun-loving lodge-members who engage in odd but harmless fraternal rites; to some, their secrecy is suspicious … ,” says a 1995 Washington Post story that digs into claims about Masonic symbols integrated into the map of Washington, D.C., and their meaning. 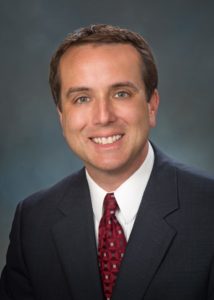