Attorneys Can Now Reach Out to Opposing Disclosed Experts; Will Litigation Change? 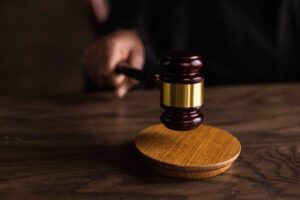 The issue at appeal was whether communications between the plaintiff’s counsel and the defense counsel’s expert constituted impermissible ex-parte communication.

Litigation attorneys have long assumed the prohibition of such contact to be a de facto rule, and as the trial level court in the case had noted, not many attorneys would even dare such a move.

This state Appellate Court ruling definitively states the opposite, saying the Rules of Practice do not prohibit the type of communication that took place between the plaintiff’s counsel and the defense counsel’s expert in the case.

With the rules changed, attorneys may now consider reaching out to opposing experts with the intent to give them more or different information that could diminish the potential negative effect of their testimony, perhaps to the point of rendering the expert valueless to the attorney who had planned to present his or her testimony.

There are those who may find the risk worth it, as they reason that the opinion of the opposing expert can only be improved and not worsened.

Attorneys will need to think long and hard now before disclosing an expert, because subsequent to the disclosure that expert now becomes accessible for both sides.

Attorneys who disclose experts will presumably need to be diligent in ensuring the experts know and base testimony on the full set of circumstances, rather than a subset that supports favorable testimony—or they risk the other side using the parameters of the Connecticut Appellate Court decision to make contact with the expert and effectively present that fuller picture or mitigating information.

That said, it is far too early at this point to see if this ruling will substantially change litigation practice.

Here’s how the Connecticut Appellate Court reached its decision.

The underlying cause of action in the suit was a motor vehicle accident where the plaintiff, Ms. Epright, claimed personal injuries, the nature of which are not pertinent to the issue that was before the Connecticut Appellate Court.

What is relevant is that the defense counsel in this case retained a defense expert to dispute causation and damages.

In the course of discovery, the defense counsel disclosed their expert as required by the rules of practice.  This expert was deposed as part of the suit, during which plaintiff’s counsel asked the expert, a medical doctor, whether certain facts and an examination could change the doctor’s opinion, to which he responded in the positive.

This resulted in the doctor recanting his medical records review and publishing an exam report objectively more in favor to the plaintiff’s position.

This, in turn, resulted in the defendant moving to exclude the expert testimony, to pursue costs for the expert, and pursue sanctions on the plaintiff’s counsel.

The trial court agreed with the defense, stating the actions were “a clear violation of Practice Book Section 13-4.”

In support of the conclusion that Practice Book Section 13-4 does not prohibit this type of communication, the court made two important points.

The first is that “no party to litigation has anything resembling a proprietary right to any witness’s evidence. Absent a privilege, no party is entitled to restrict an opponent’s access to a witness, however partial or important to [them], by insisting on some notion of allegiance.”

The second is that once an expert is disclosed, the status of the expert changes. Before this the expert is a 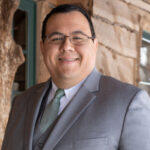 consultant, but in disclosing the expert an attorney is essentially certifying that the expert is no longer a consultant but someone who has relevant “‘scientific, technical or other specialized knowledge’ that can ‘assist the trier of fact in understanding the evidence or in determining a fact in issue.’”

Anyone with questions about this decision may contact Cramer & Anderson by using the button below or connecting with any member of our Litigation team.