Can Someone Steal Your Home Through Title/Deed Fraud? 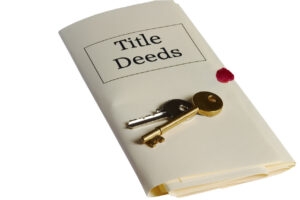 Savvy thieves are able to forge documents, commit fraud, and steal the title/deed to your home, potentially to sell the property to someone else and reap the proceeds, or use their fraudulent ownership to access a lending tool and extract the home’s equity.

Such an occurrence is extremely unlikely, as it would be difficult to pull off successfully, and there are ways for homeowners to protect themselves.

The urge to panic, however, is fed by a steady stream of posts and ads on social media sites, including Twitter and Facebook, warning that homeowners should consider title theft an imminent threat.

“The FBI is now calling ‘title theft’ one of the fastest-growing white-collar crimes in America,” screams one post on Twitter. “Don’t become a victim of home title theft! Protect yourself, your family, and your property … ,” warns another post on Facebook.

These posts and ads come from companies that sell a product they describe as title lock insurance—and their aggressive marketing has produced a backlash that has experts and some media warning the products aren’t necessary, and don’t provide any meaningful protection or value.

Let’s dig a bit deeper into the key issues for homeowners: whether title theft is a likely threat; how it works and what could result; whether a homeowner is protected by law as the “true” owner; whether title insurance is necessary or advisable, and the best steps homeowners can take to protect themselves.

Is Title Theft a Concern or Likely Threat?

How Does Title/Deed Theft Work?

What Could Result from Deed/Title Fraud?

Are You Protected as the True Owner of Property Taken Through Fraud?

The answer is yes, though the process of exposing the fraud and reversing its impacts can be difficult.

Is Title Insurance Necessary Or Advisable?

Those who argue that title lock insurance isn’t necessary or worth the cost cite the reasons above in explaining why defrauded homeowners can take comfort. Beyond that, their principal argument has been this:

What Are The Best Steps Homeowners Can Take To Protect Themselves?

Those purchasing properties in Connecticut are not required to obtain owner’s title insurance, which protects the buyers from negative outcomes caused by title defects, which might include liens, boundary issues, back taxes, and estate or probate issues. Lenders who make loans secured by mortgages invariably require title insurance to protect the validity and priority of their mortgages.

In the past, title insurance has not typically covered future fraud or title theft, but in Connecticut and many other states homeowners can now obtain title insurance with enhanced fraud protection. It is only offered for improved property—not lots or undeveloped land—and adds an extra 10 percent to the premium cost.

The other option for established homeowners who fear title theft involves finding one of the so-called title lock companies that now do offer to pay the legal fees of clients who have been victimized by title/deed fraud. 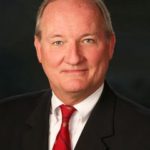 If you have concerns about your property’s title, deed fraud, title theft, or any other issue related to real estate and property ownership, contact me via the button below, or get in touch with any member of Cramer & Anderson’s highly experienced team of Real Estate attorneys.