Could Your Neighbor be Responsible for the Maintenance of Your Fence? 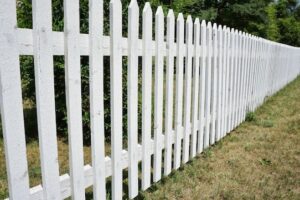 Notice would also go to any mortgagor who holds a note on the subject premises. If repairs are not made within 15 days, another partial owner of the division fence can make the repairs themselves, then recover as damages double the cost of the repairs as estimated by the selectman. The repairing party is also entitled to recover any fees fronted for the selectman’s duties. Until damages are paid, a lien may be imposed on the property, which could be foreclosed upon in the same manner as mortgage liens are foreclosed.

If you have any questions regarding your responsibilities for the maintenance of a potential divisional fence, one of Cramer & Anderson’s experienced property law attorneys would be happy to help!