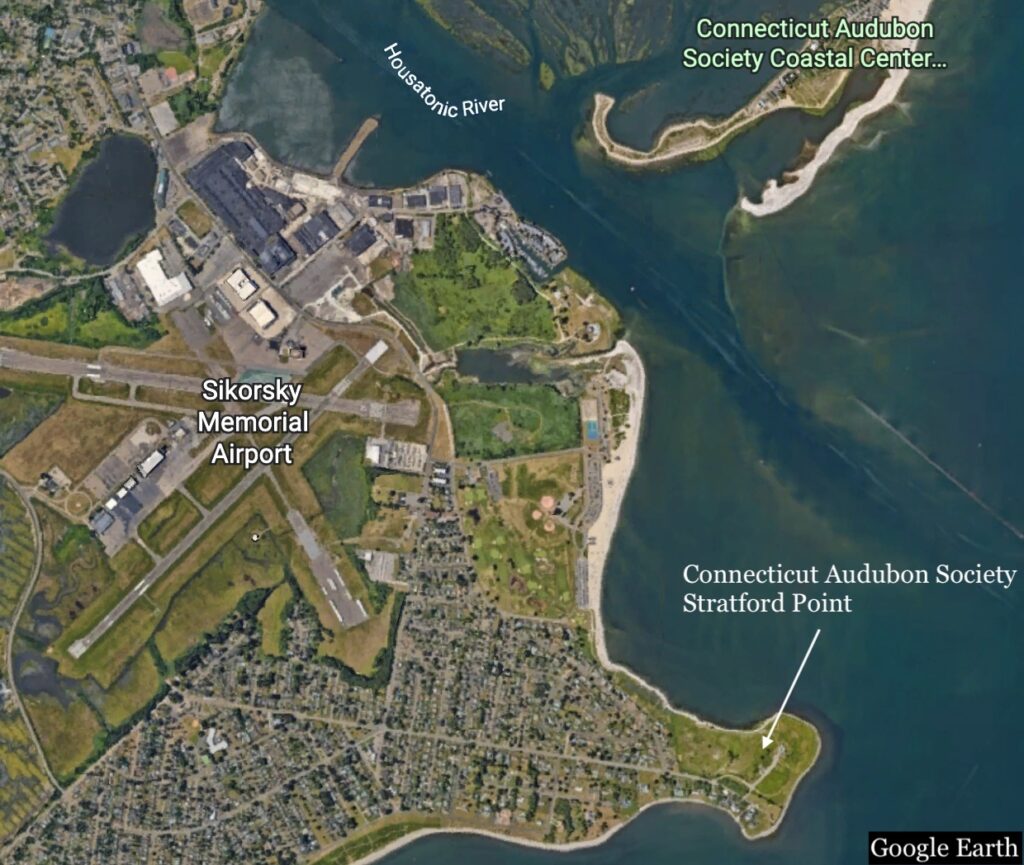 The transaction closed on Dec. 29, 2022, with Partner Dolores “Lorry” Schiesel playing the lead role on behalf of Connecticut Audubon Society, which kicked off its 125th anniversary year by announcing the acquisition.

“The transaction is a major win for our state’s wildlife and environment, and the Connecticut Audubon Society looks forward to protecting this important property at Stratford Point as part of its ongoing partnerships with DEEP,” Attorney Tower said, referring to the state Department of Energy and Environmental Protection.

The 28.4-acre coastal habitat is located on the outer tip of Stratford Point along the western bank of the Housatonic River where it enters Long Island Sound. It features coastal grasslands and shrubs, salt marsh, a north-facing beach, and a coastal trail with panoramic views of the water, according to Connecticut Audubon.

The property attracts migratory songbirds, as well as than 30 species of waterfowl, and supports a Purple Martin colony. Sightings have included species rarely seen in Connecticut, including the White-tailed Kite, Long-tailed Jaeger, Cory’s Shearwater, and Snowy Owl.

The property was the longtime home of the Remington Gun Club, which operated a shooting range there for decades. Operation of the gun club resulted in the deposition of lead shot in shoreline sediments and upland soils across the property. 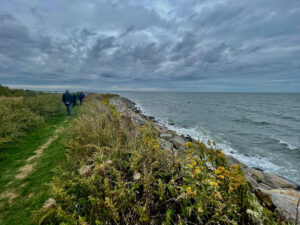 A photo of Stratford Point by Gilles Carter for Connecticut Audubon.

Connecticut DEEP, which also was instrumental in facilitating the donation, issued a final Consent Order with SGP as part of the transaction that wrapped up decades-long remediation efforts and ensures protection of the property’s outstanding coastal wildlife habitat and its scenic and open space values.

SGP is a wholly-owned subsidiary of DuPont, which, according to Connecticut Audubon Society, acquired Remington in 1980 and performed the environmental cleanup.

Connecticut Audubon and the state chapter of the National Audubon Society—a separate, unaffiliated organization—maintained an office and conducted conservation work there in the intervening years.

The property, with approximately 3,000 feet of frontage along the Housatonic River and Long Island Sound, is less than two miles from Connecticut Audubon’s Milford Point Coastal Center. Also nearby are the 699-acre Great Meadows salt marsh in Stratford, part of the Stewart B. McKinney National Fish and Wildlife Refuge, and the 840-acre Charles B. Wheeler Salt Marsh in Milford.

“Connecticut Audubon now has two locations as centerpieces of its conservation and environmental education work in the heart of one of Connecticut’s most ecologically important areas,” Connecticut Audubon Executive Director Patrick Comins said in a news release about the acquisition. “Our statewide vision is to conserve the natural world for birds and other wildlife, and to share the joys of nature with all. This acquisition is 100 percent in keeping with that vision.”

The new preserve is open to the public from 9 a.m. to 5 p.m. Monday through Friday, according to Connecticut Audubon, which said the buildings on the property will be closed for the time being.

As part of the transaction agreement, at the time of the closing SGP donated $1.2 million to Connecticut Audubon to be used to administer, maintain and improve the property, including complying with a perpetual conservation restriction in favor of DEEP.

Additionally, SGP retains a Permanent Access Easement to perform any environmental monitoring, investigation, or remediation work deemed necessary by federal agencies and DEEP going forward. SGP is continuing to work with DEEP to monitor the impacts to the environment, if any, of lead shot remaining in Long Island Sound adjacent to the property.

The transaction also included a Covenant Not to Sue, protecting the Connecticut Audubon Society from lawsuits by regulators for any past environmental problems. 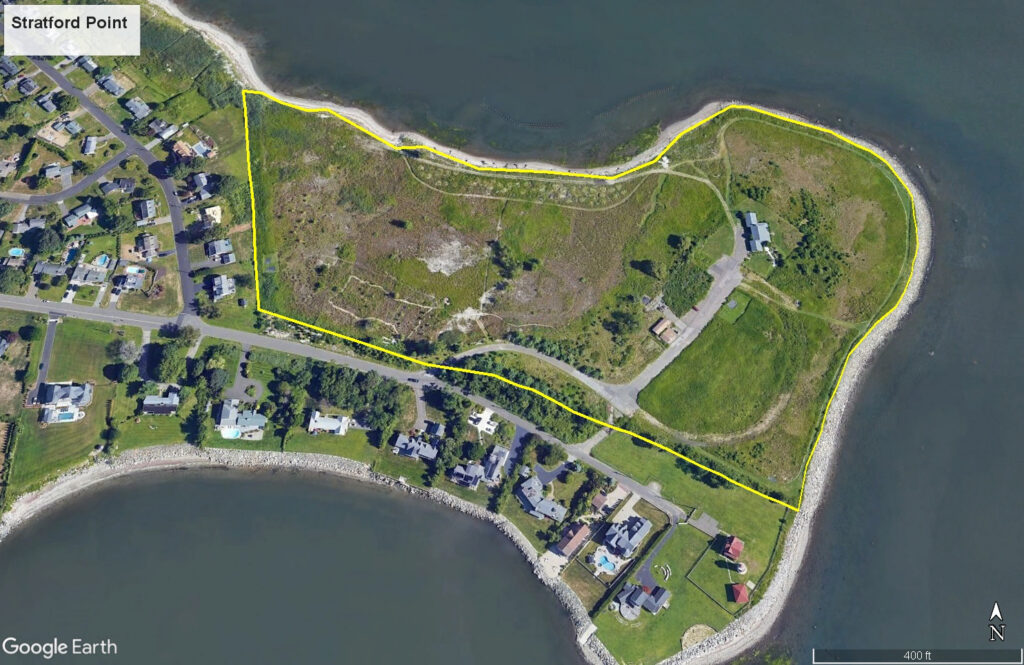