Cramer & Anderson Partner Neal White’s role in bringing 7-Eleven’s dynamic new format to Connecticut is highlighted by CSP Daily News in a story about the debut of a 5,230-square-foot store in Danbury.

Attorney White, whose practice areas include Business, Corporate and Commercial Law and Real Estate Law, has represented site owner ANZ Petroleum and its principal, Mir Ahmed, for more than 15 years.

“I’m his attorney for all of his acquisitions, financing, and environmental work,” explained Attorney White, who is based in the firm’s Litchfield office.

He met Ahmed in the mid-2000s while representing a bank on a commercial loan and soon afterward became his attorney for ANZ Petroleum site acquisition and the development of gas stations and convenience stores.

The new Danbury 7-Eleven on 1.47 acres at 106 Federal Rd. includes a proprietary Laredo Taco Company quick-serve-restaurant (QSR) offering drive-thru and indoor seating, as well as a six-dispenser fuel island, according to CSP, a leading convenience and petroleum retailing publication.

“We are very pleased to have 7-Eleven as our tenant at this beautiful facility serving the Danbury community,” Ahmed told CSP, which noted that he worked with Petroleum Equity Group (PEG) of Chappaqua, N.Y. to determine that the site was right for gas, convenience and QSR use. 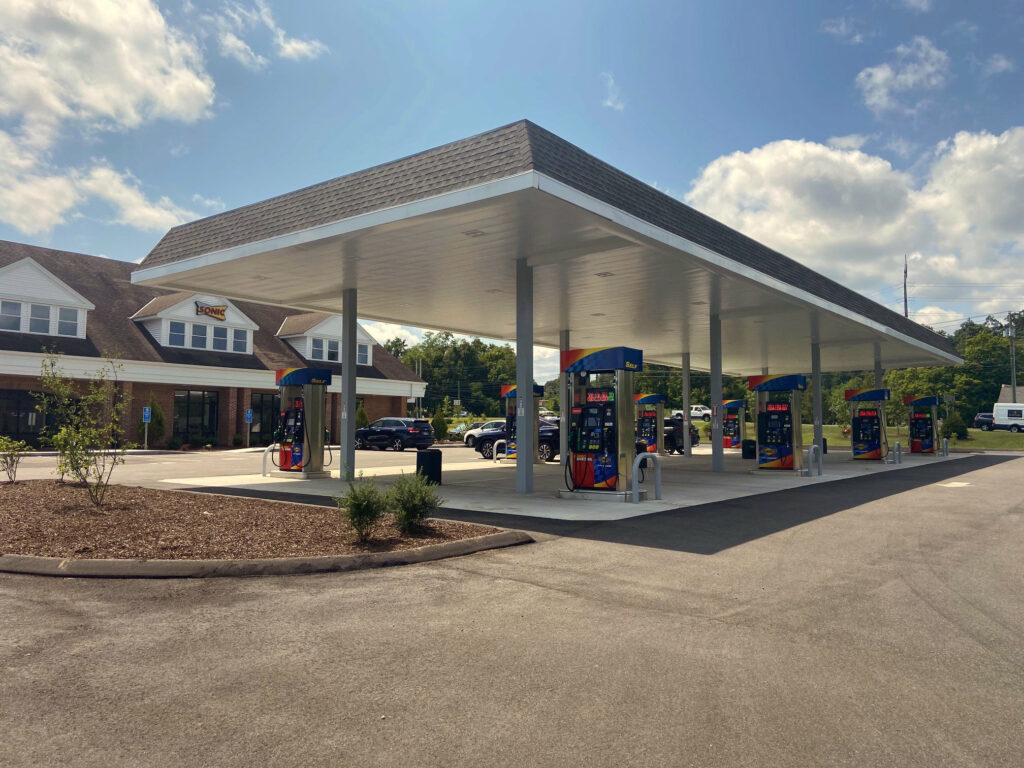 The store opened in February and follows a new format 7-Eleven ANZ Petroleum launched last year in New Milford on the Route 7 site of a former Webster Bank location. It features a Sunoco gas station, Tesla Supercharger stations, and a Sonic Drive-In.

Attorney White explained that Ahmed, realizing the popular Sonic doesn’t have a large presence in the state, established a franchise deal for Connecticut locations.

“The idea is that if he’s successful, he’s going to keep doing this model,” Attorney White said.

A Sonic is planned for the Danbury 7-Eleven site, as well as other ANZ Petroleum 7-Eleven projects underway in Torrington and Bristol.

According to CSP, ANZ Petroleum owns, operates or controls numerous retail gas and convenience store sites in Fairfield County and other parts of Connecticut, including Valero, Sunoco and CITGO brands. Several stores have a Krispy Krunchy Chicken location.