Cramer & Anderson is a Silver Sponsor of the 2018 RVNA Health & Wellness Fair, being held from 10 a.m. to 3 p.m. Saturday, April 21, at East Ridge Middle School in Ridgefield. 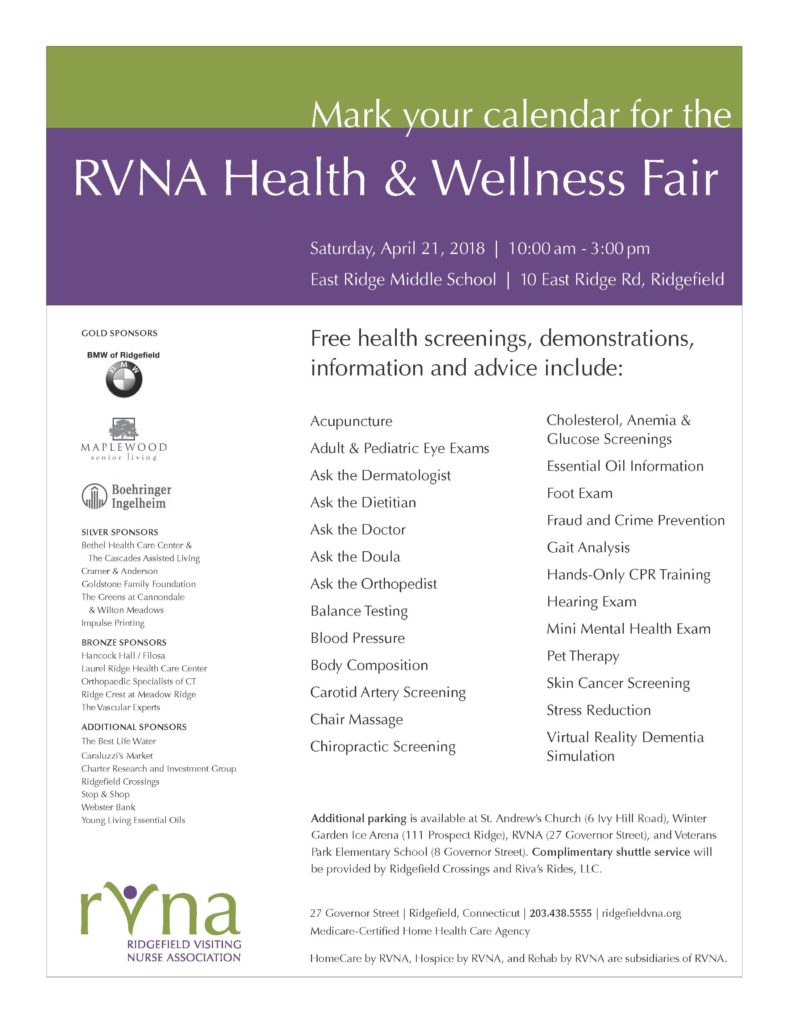 The firm will have a table at the Ridgefield Visiting Nurse Association event, which RVNA says will showcase more than 90 health exhibitors and experts performing screenings and demonstrations, as well as wellness professionals and community groups offering fun activities and valuable information.

“Raffles and giveaways round out the day. There’s something for everyone, so bring the entire family,” RVNA says on its website.

Visitors to the Health & Wellness Fair will be able to stop by the Cramer & Anderson table and meet Attorney Joshua Weinshank, the Trust and Estate Partner who opened the newest Cramer & Anderson office in Ridgefield last fall. He and colleague Graham Moller, a general litigation Associate, will provide an introduction to the firm and answer questions.

Attorney Weinshank, who lives in Ridgefield, was named to the RVNA’s Finance Committee last fall.

“It’s a really important commitment, as the Finance Committee monitors the agency’s operational and endowment financial performance, and develops and evaluates performance metrics and financial forecasts,” Theresa Santoro, RVNA’s CEO and President, said at the time. “In addition, the committee oversees the 403b retirement plan as well as the agency’s 501c3 status.”

The RVNA, a private, nonprofit organization founded in 1914, has a mission of providing exceptional home and community health care services, supporting public health and safety and promoting the highest quality of life. Its staff of nearly 300 provides those services in an expansive coverage area, encompassing 28 towns and extending south to Weston and Westport, north to New Milford and northeast to Southbury and Woodbury. 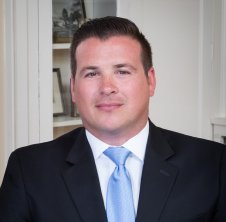 In addition to his role with RVNA, Attorney Weinshank’s community service includes being a member of the Board of The Ridgefield Playhouse and serving on the Associate Board of the Danbury Hospital & New Milford Hospital Foundation.

In 2016 Attorney Weinshank was appointed to the new Planned Giving Advisory Council formed by Ability Beyond, and later became Co-Chair of the committee.

Attorney Weinshank, named a 2017 New Leader in the Law in the Connecticut Law Tribune, advises clients on ways to effectively and efficiently preserve and create intergenerational wealth by addressing their tax and personal concerns. His experience in the area of probate law, and estate and trust administration, has earned him a winning record representing beneficiaries and fiduciaries in contested probate proceedings in the Connecticut Probate Courts.

Cramer & Anderson’s Resident Partner in the Ridgefield office, Attorney Weinshank may be reached by phone at (203) 403-4005 and by email at jweinshank@crameranderson.com.