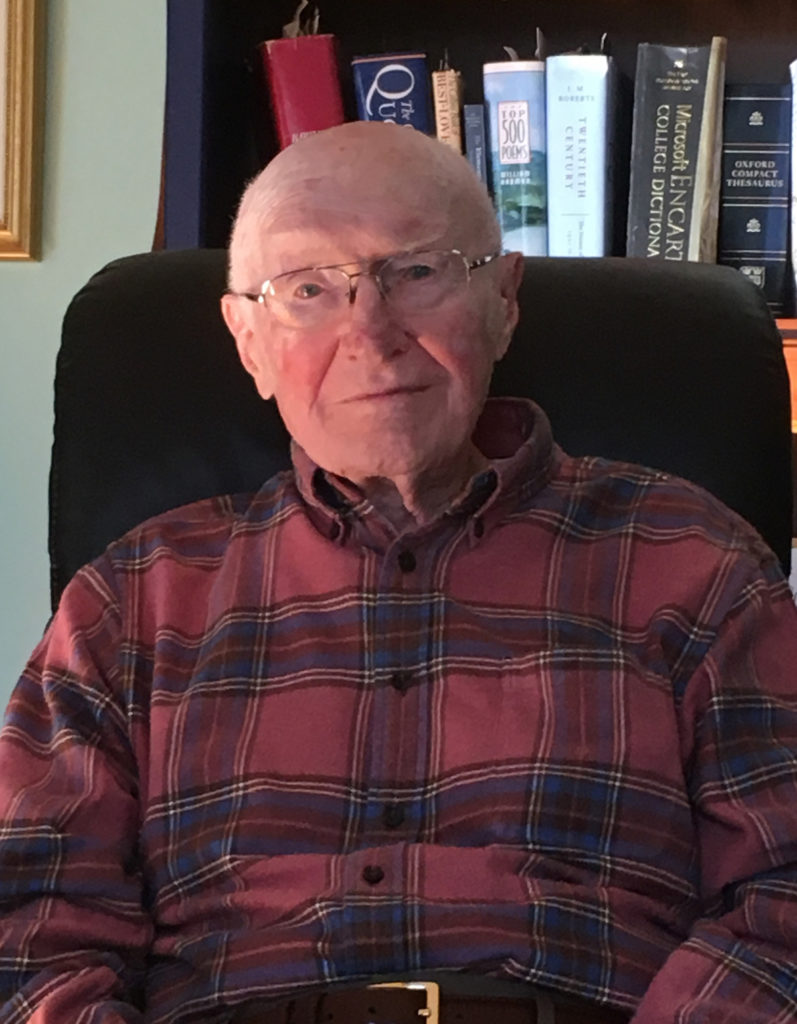 Applications are now being accepted from New Milford High School students for the 2022 Henry B. “Hank” Anderson Memorial Scholarship.

Cramer & Anderson, with a flagship office in New Milford, awards two scholarships of $500 each to graduating students.

The firm created the scholarship initiative in 2020 to honor the firm’s Founding Partner, who died in June 2019 at age 101.

The process requires students to submit a scholarship application and copy of their transcript, and write an essay on the topic: “Describe areas in your life where you demonstrated leadership attributes to overcome one or more obstacles experienced in school, the community or family life.”

“The response to the scholarships has been tremendous,” said Partner Jennifer Collins, who administers the initiative. “We’re inspired every day by Hank Anderson’s life, accomplishments, and legacy. Lifelong learning was a passion for him and we know he would be proud the firm is assisting students in their academic journeys.”

See Our 2018 Tribute to Hank Anderson

A proud graduate of Wesleyan University and the University of Connecticut School of Law, he was a decorated Navy veteran who survived kamikaze attacks on two ships during World War II. The first was an attack by two kamikaze pilots on the USS Bunker Hill on May 11, 1945, as it supported the attack on Okinawa. Nearly 400 sailors were killed. The second came only days later, when the USS Enterprise was attacked by a kamikaze pilot, killing 14.

Following the war, and after finishing his master’s and law degrees—graduating from Wesleyan and UConn on the same day—Anderson came to western Connecticut to live and work, joining the firm of Attorney Harry Bradbury before partnering with Attorney Francis S. Ferriss to form the firm Ferriss and Anderson.

After Attorney Ferriss died in 1957, Anderson and his friend Attorney Paul B. Altermatt formed Anderson and Altermatt. In 1962, they joined their firm with Cramer, Blick, Fitzgerald & Hume to create Cramer & Anderson, which was originally based in New Milford and Litchfield and has grown to include six offices in western Connecticut.

Among his many state and national roles, Anderson served as president of the Litchfield County Bar Association, and was a Fellow of the Connecticut Bar Association and American Bar Association. In addition to guiding Cramer & Anderson, he helped to shape the practice of law in Connecticut and beyond.

“Anderson was the recipient of numerous distinguished legal awards,” a UConn Law story recounted. “In 1989 he was voted Citizen of the Year by the State of Connecticut Courts of Probate. In 1990, The Connecticut Bar Association awarded him the John Eldred Shields Award for his professional services to the community at large—over 900 hours of pro bono services. He was also voted Probate Attorney of the Year by the Connecticut Probate Assembly.”

In 2018, the Connecticut Law Tribune honored Anderson with a Lifetime Achievement Award.

“The passing of Hank Anderson was the end of an era, not only for Cramer & Anderson but for the Bar here in Connecticut,” Partner Art Weinshank said at the time of Anderson’s death. “His personal accomplishments and prominence gave such stature to the firm and made us more than a local Litchfield County law firm.”

To learn more about Hank Anderson, see a story about his life published in the Greater New Milford Spectrum, and  his obituary published in The News-Times.