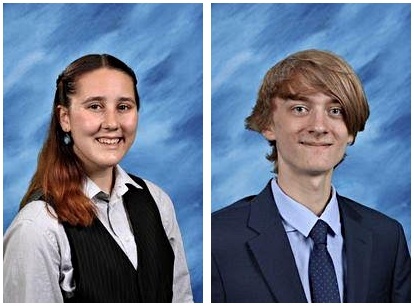 “Once again we are honored to present outstanding local students with scholarships that will help defray the costs of college as they pay tribute to the firm’s Founding Partner, Hank Anderson,” said Partner Jennifer Collins, who administers the scholarships.

“Attorney Anderson was a World War II hero and Renaissance man who had a lifelong passion for learning. Creating a scholarship for graduating seniors about to embark on the next phase of their education seemed like an especially meaningful way to honor him after his death in 2019,” Attorney Collins added.

Cramer & Anderson, with a flagship office in New Milford, awards two scholarships of $500 each to graduating NMHS students. The firm created the initiative in 2020.

The Henry B. “Hank” Anderson Memorial Scholarship process requires students to submit a scholarship application and copy of their transcript, as well as writing an essay on the topic: “Describe areas in your life where you demonstrated leadership attributes to overcome one or more obstacles experienced in school, the community or family life.”

Riley described his experience as a member of the NMHS marching band, a source of pride when he joined as a freshman but an experience that also left him feeling like an outsider because of “the sharp disconnect between the upper and lower classmen.”

Later, as an upperclassman with multiple leadership positions (woodwind captain and section leader), Riley worked to create a more inclusive experience for all band members.

“My first priority was to show everyone in our section that they were an integral part of a collaborative and supportive community,” he wrote in the essay. “To do this, I created daily team building exercises. held section meetings (sometimes at an ice cream parlor) where everyone had a voice to ask questions and offer feedback on our progress, developed special section handshakes, and even planned a Smurfs day where we painted ourselves blue. Even if we sometimes looked ridiculous to others, I could feel our group becoming tighter and our music improving. During the last week, when we went off to compete in (and win) the state championships, I saw how far we’ve come together—not just as musicians—but as a team.”

Trinity’s essay chronicled a misadventure that turned into a leadership opportunity. On an NMHS cross country team end of summer camping trip to Camp Jewell, Trinity and fellow team members out for an evening walk noticed that two goats had escaped their pen in a small petting zoo at the camp. The girls started to panic, worried they would be blamed.

“When we had run out of ideas, I realized that the best course of action would be to simply ask an employee at the camp for help,” Trinity wrote in her essay. “However, none of the other girls—not even our team captains—wanted to be blamed for the escape. So I stepped up, and walked across the street to the dining hall and explained the situation to an employee there. He was completely nonplussed about the whole situation, and easily brought the goats back to their enclosure. After the fact, we all felt rather silly for reacting so strongly, but it all worked out in the end.”

About Henry B. “Hank” Anderson 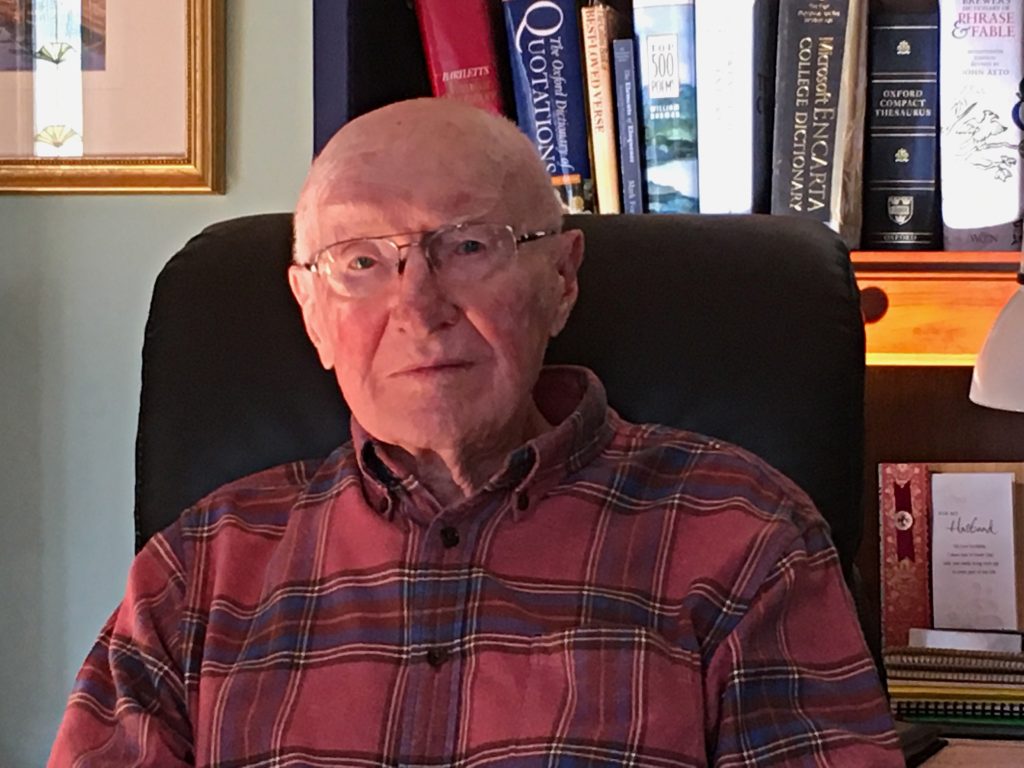 A proud graduate of Wesleyan University and the University of Connecticut School of Law, he was a decorated Navy veteran who survived kamikaze attacks on two ships during World War II. The first was an attack by two kamikaze pilots on the USS Bunker Hill on May 11, 1945, as it supported the attack on Okinawa. Nearly 400 sailors were killed. The second came only days later, when the USS Enterprise was attacked by a kamikaze pilot, killing 14.

Following the war, and after finishing his master’s and law degrees—graduating from Wesleyan and UConn on the same day—Anderson came to western Connecticut to live and work, joining the firm of Attorney Harry Bradbury before partnering with Attorney Francis S. Ferriss to form the firm Ferriss and Anderson.

After Attorney Ferriss died in 1957, Anderson and his friend Attorney Paul B. Altermatt formed Anderson and Altermatt. In 1962, they joined their firm with Cramer, Blick, Fitzgerald & Hume to create Cramer & Anderson, which was originally based in New Milford and Litchfield and has grown to include six offices in western Connecticut.

Among his many state and national roles, Anderson served as president of the Litchfield County Bar Association, and was a Fellow of the Connecticut Bar Association and American Bar Association. In addition to guiding Cramer & Anderson, he helped to shape the practice of law in Connecticut and beyond.

“Anderson was the recipient of numerous distinguished legal awards,” a UConn Law story recounted. “In 1989 he was voted Citizen of the Year by the State of Connecticut Courts of Probate. In 1990, The Connecticut Bar Association awarded him the John Eldred Shields Award for his professional services to the community at large—over 900 hours of pro bono services. He was also voted Probate Attorney of the Year by the Connecticut Probate Assembly.”

In 2018, the Connecticut Law Tribune honored Anderson with a Lifetime Achievement Award.

“The passing of Hank Anderson was the end of an era, not only for Cramer & Anderson but for the Bar here in Connecticut,” Partner Art Weinshank said at the time of Anderson’s death. “His personal accomplishments and prominence gave such stature to the firm and made us more than a local Litchfield County law firm.”

To learn more about Hank Anderson, see a story about his life published in the Greater New Milford Spectrum, and  his obituary published in The News-Times.