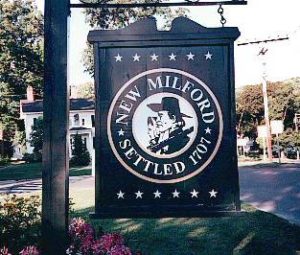 Following the state Department of Energy and Environmental Protection’s rejection in May of Candlewood Solar’s latest attempt to move forward with plans for a 20 MW solar photovoltaic project in New Milford, project developers have returned with an 18 MW version of the embattled proposal that threatens the habitat of northern slimy salamanders, a state-designated threatened species.

In its May 12 decision, the regulatory agency (DEEP) denied Candlewood Solar’s third attempt to win registration of a proposed stormwater management plan (SMP) for the project under the broad General Permit process, and instead required Candlewood Solar to seek a stricter individual permit to better safeguard against environmental degradation.

Nevertheless, Candlewood Solar is now moving toward filing a registration for the 18MW version of the project under DEEP’s General Permit for the Discharge of Stormwater and Dewatering Wastewaters from Construction Activities.

In anticipation of that registration, Candlewood Solar filed a Request for Natural Diversity Data Base (NDDB) State Listed Species Review with the Wildlife Division of DEEP’s Bureau of Natural Resources.

The Town of New Milford, represented by Cramer & Anderson Partner Dan Casagrande, filed a petition Oct. 6 with DEEP seeking a declaratory ruling and/or motion for party or intervenor status in connection with the NDDB State Listed Species Review request.

“Candlewood Solar has shaved two megawatts off of its project and will be filing its fourth application seeking a General Permit despite the DEEP having cited significant concerns with the stormwater management plan,” Attorney Casagrande said. “Moreover, a new report by Herpetologist Dennis Quinn of Quinn Ecological, LLC highlights how direct and indirect impacts associated with the proposed solar installation will result in a further loss of 115 acres of core forest habitat, and why this erosion of core forest habitat will contribute to a long-term decline in the Candlewood Mountain population of slimy salamanders.”

The General Permit authorizes a construction activity like Candlewood Solar’s 18MW Project only if it does “not threaten the continued existence of any species listed pursuant to section 26-306 of the Connecticut General Statutes as endangered or threatened and must not result in the destruction or adverse modification of habitat designated as essential to such species,” the supporting documentation for the Town’s petition points out.

Attorney Casagrande argues that Candlewood Solar is engaged in “efforts to circumvent the [DEEP] Commissioner’s exercise of her discretionary authority” under state statutes to require an individual permit for the project.

“These efforts fly in the face of the Commissioner’s finding that ‘construction activities associated with the Project’ on this particular site require a § 22a-430 individual permit,” Attorney Casagrande writes in the petition documentation. “Moreover, Candlewood Solar’s attempt to portray its new plans as somehow constituting a new project ungoverned by the Commissioner’s Disapproval, Response, or the exercise of her § 22a-430b(c) authority, is directly contradicted by its representation within the Application that ‘[t]wo NDDB Determinations have been issued for the Project.’”

“The contradiction here is stark. Candlewood Solar speaks out of both sides of its mouth in portraying the [18 MW version] as a new project for stormwater purposes, while proclaiming it as the same ‘Project’ for NDDB purposes,” Attorney Casagrande writes.

Meanwhile, the Quinn report “makes clear that Candlewood Solar’s ill-conceived project—regardless of its exact megawattage or its precise limits of work—will kill and extirpate an invaluable threatened species in Connecticut while destroying its essential habitat,” according to the petition documentation. 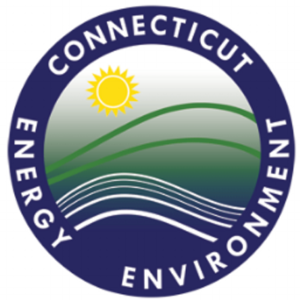 The petition asks that the DEEP reopen and reassess all prior NDDB determinations on the project “with an eye on the Quinn Report and on Mr. Quinn’s testimony in any hearing granted pursuant to this Petition.”

Attorney Casagrande argues on behalf of the Town that the “DEEP cannot disregard the best scientific evidence available on this project, and that evidence mandates that the project be stopped in its tracks.”

In the Oct. 6 petition, the Town alternatively moves to become a party or intervenor in DEEP’s proceeding relating to the application “in view of the fact that the 18MW Project involves conduct that is reasonably likely to have the effect of unreasonably polluting, impairing, or destroying the public trust in the water and natural resources of the state located within the Town … .”

Read The News-Times’ Oct. 23 story updating the efforts by the group
Rescue Candlewood Mountain to challenge the solar project plans.

As Connecticut reopens, our attorneys and staff are dividing their time between working remotely and spending time in our offices, while observing proper social distancing measures amid the COVID-19 coronavirus.