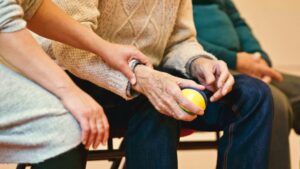 The Consumer Financial Protection Bureau (CFPB) issued a Sept. 8, 2022 reminder to nursing facilities that the Nursing Home Reform Act (NHRA) prohibits them from “requesting or requiring that a third party personally guarantee payment to the facility as a condition of a resident’s admission or continued stay in the facility.”

“Nursing homes that participate in Medicare and Medicaid are prohibited from forcing a resident’s family or friends to assume responsibility for the cost of care as a condition of admission or continued stay in the facility. Debt collectors must take steps to ensure they are not violating the law by collecting on invalid nursing home debts,” CFPB Director Rohit Chopra said in a related Issue Spotlight package posted online by the CFPB.

Though prohibited by federal law, this element of nursing facility debt collection practice is apparently fairly common, heightening the need for consumers to be wary and diligent.

According to a National Public Radio (NPR) story aired on the show All Things Considered in late July, “The nursing home industry has quietly developed what consumer attorneys and patient advocates say is a pernicious strategy of pursuing family and friends of patients despite federal law that was enacted to protect them from debt collection.”

The NPR story recounts a number of experiences, including that of a Rochester, N.Y., woman sued by a nursing home for her brother’s nearly $8,000 bill, even though “she had no control over his money or authority to make decisions for him.”

In fact, the CFPB Issue Spotlight report finds that many facilities include clauses in admission contracts that require caregivers to be a “responsible party” for the resident’s costs of care, or that otherwise subject the caregiver to financial liability should the admitted resident incur a debt.

“Caregivers have been subjected to wage garnishment and have even lost their homes after being pursued by nursing homes for debts associated with family members’ or friends’ costs of care,” according to the press release for the Issue Spotlight report.

In its reminder to nursing facilities, the CFPB, jointly with the Centers for Medicare & Medicaid Services (CMS), said that these practices are prohibited not only under the NHRA, but also under the Fair Debt Collections Practices Act (FDCPA), and Fair Credit Reporting Act (FCRA).

“The NHRA prohibits nursing facilities from requesting or requiring that a third party personally guarantee payment to the facility as a condition of a resident’s admission or continued stay in the facility,” the reminder stressed. “Contract terms that conflict with the NHRA are unlawful, and alleged debts resulting from such unlawful contract terms are invalid and unenforceable. Some nursing facilities have attempted to evade this prohibition by creating admission contracts that attempt to hold third parties liable for a resident’s debt. When a nursing facility claims that a non-resident is personally financially responsible for a resident’s bill and engages a third-party debt collector to collect the debt, the debt collector may violate the FDCPA by attempting to collect debts that are invalid under the NHRA. They may also violate the FCRA by furnishing information regarding such invalid debts to consumer reporting agencies.”

According to the CFPB, nursing facilities that violate the NHRA’s requirements may be subject to enforcement action by state agencies and by CMS.

Debt collectors who violate the FDCPA and FCRA may be subject to enforcement actions by the CFPB and other federal and state government agencies, as well as to private actions brought by consumers, the CFPB warned in its reminder.

These prohibited practices have the potential for widespread impact, especially given how common they are reported to be and the magnitude of the population that may encounter the issue.

While the CFPB and CMS are leaning on nursing facilities and their debt collectors to examine their practices to ensure compliance, it’s imperative that caregivers, family members, friends, and others who play a role in overseeing or coordinating someone’s nursing facility care know and understand the applicable laws, their rights, and the rights of the person receiving care.

Cramer & Anderson’s highly-experienced Elder Law and Litigation attorneys are here to answer questions and provide engaged, caring assistance with issues related to care facilities and contracts, as well as the full range of issues facing our senior citizens and elders.