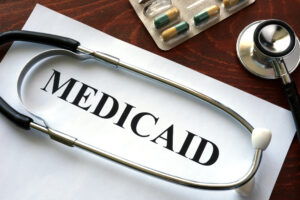 From an early age, almost all Americans are told to save their money for retirement. Logically, it makes sense. These are the golden years of one’s life when, after years of sweat and toil, they will be finally able to enjoy the fruits of their labor, pride themselves on a job well done, and to take solace from a life well lived. Ideally, with enough foresight, they will be able to pass on money to their children or grandchildren and to give them a better life than they had growing up. Such was the American Dream. However, the best laid plans of mice and men often go awry.

It is no small secret America is growing older, and with advances in medical science Americans are living longer. This is where the American Dream clashes with reality as a population that grows substantially older becomes hard hit by ever increasing costs of elder care.

The United States Census Bureau forecasts that by the year 2030 more than one-fifth of Americans will be age 65-plus. By 2060, the Bureau forecasts that the number of Americans over age 85 will triple and America will have 500,000 people over age 100. This triumph in longevity is not without its accompanying difficulties due to an age-related decline in health. Fortunately, Americans do have systems in place to care for those in declined health but those systems are incredibly expensive.

In Connecticut, the median annual cost for staying in a nursing home was $155,125, and $75,600 for a private bedroom in an assisted living facility, according to a Connecticut Health Policy Project report.

The median annual cost for home care was approximately $55,000. These totals place Connecticut as the second highest in costs for nursing home rooms in the nation, and fifth highest for assisted living facilities, the report said.

Based upon those current numbers, which are nearly certain to increase over time, a five-year stay in a nursing home in Connecticut will cost over $750,000. Further, it is not out of the realm of possibility that a stay in a Connecticut nursing home can cost well over $1,000,000.

These costs are staggering and can seem defeating. Fortunately, applying for and being accepted as a Medicaid recipient can protect the individual in need of elder care, ensuring a better quality of life.

This only ensures adequate health care but doesn’t protect finances, and the results can be nearly the same—an entire lifetime of savings depleted in nearly an instant. For many it could make them ask, “Why save at all if it’s going to be taken in the end anyway and I cannot even leave anything for my children?”

But this does not have to be your fate. You can plan for this event and protect yourself and your family with proper estate and Medicaid planning and strategies to guard your assets, any business ventures, and the legacy you wish to leave for your family.

Cramer & Anderson’s Medicaid planning process establishes or maintains your eligibility for government programs such as Medicaid to provide for your long-term care.

Qualifying for Medicaid in Connecticut requires meeting income and asset threshold limits. Currently and unfortunately, an individual applying for Medicaid may only receive $1,600 of income per month. Fortunately, the non-applicant spouse may still receive the entirety of their income.

Similarly, but often more problematic than income limits are the asset threshold limits of Medicaid. Currently, the non-applicant spouse can only hold half of the couple’s joint assets up to $137,400.

This can require you to spend down significant amounts before you reach qualification, unless the proper planning is done to protect your assets.

Without proper planning, simply spending funds and transferring assets to friends and family could have negative tax consequences, render the money subject to other’s creditors, or result in the denial of your, or your loved one’s ,Medicaid application.

Medicaid planning guided by our highly-experienced Trust and Estate Planning attorneys can protect assets and residential properties from being counted in the Medicaid eligibility formula.

The tools we use include certain types of Medicaid protective wills and trusts and annuities, as well as other types of transfers—and these tools are vital no matter the level of your assets, especially if a home is among those assets.

It’s important to note that there is a 5-year look-back period on the transfer of assets, which heightens the need for planning early, before the need for a nursing home, assisted living facility, or in-home care is imminent.

One of the key tools our attorneys will discuss with you is a Medicaid Asset Protection Trust (MAPT).

Assets placed in a MAPT are no longer taken into consideration for Medicaid eligibility, but they are protected for the benefit of children or other family members.

Here’s how it works: A person with assets that would be counted in Medicaid eligibility—and thus need to be “spent down” and essentially exhausted before eligibility would be granted—moves those assets into a MAPT as the grantor.

As long as the transfer was not done with the 5-year window, you would qualify for Medicaid to pay for long-term care expenses, and the assets are preserved for the next generation or another qualifying beneficiary.

These trusts must be irrevocable to effectively shield the assets from counting toward Medicaid eligibility, and require the appointment of a trustee who is not yourself or your spouse.

There are special types of annuities, known as Lopes Annuities, which are not counted toward Medicaid eligibility, nor is the income you might receive from the annuity. 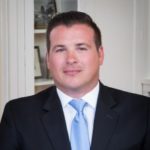 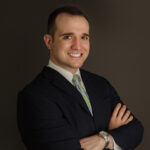 Other tools come into play to ensure your house is protected from an estate recovery process, in which the government moves to find assets after your death to reimburse itself forthe cost of the care you have received. Unless you take the available steps to protect your house with the right type of irrevocable trust it could be lost as an asset when you pass on.

All of the tools mentioned here include nuances and complexities not explained in detail.

Anyone over the age of 70 is best advised to get in touch with an experienced Trust and Estate Planning attorney as soon as possible.

Use the “contact me” button at the bottom to set up an initial consultation, or connect with any member of our team: Joshua Weinshank (Ridgefield office), Matthew J. Sponheimer (New Milford and Ridgefield office)