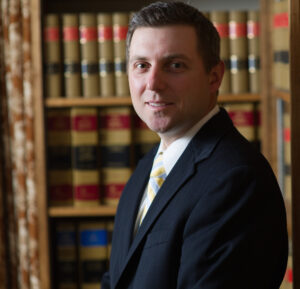 Cramer & Anderson Partners Kent Mancini and William Franklin successfully defended a Connecticut housing authority sued by a factoring company for $2.2 million under the Uniform Commercial Code (UCC) for a purported wrongful payment over a notice of assignment.

The original lawsuit was filed in May 2017. Attorneys Mancini and Franklin won summary judgment in trial court in 2018 on behalf of the Housing Authority for the City of Meriden.

Factor King, the plaintiff, appealed and the case was argued before the Connecticut Appellate Court last Jan. 16.

In a May 26 decision, the Appellate Court affirmed the trial court’s decision to grant summary judgment in favor of the housing authority.

A petition followed for certification to appeal to the Connecticut Supreme Court, which was denied last summer.

“Many people aren’t familiar with how factoring companies attempt to use the UCC and this was a complex case, but we were always confident in the housing authority’s legal position in this case,” Attorney Mancini said. “It’s gratifying to have our position strongly affirmed by both the trial court and Appellate Court, and now to be able to tell the housing authority the case is finally over.”

As the trial court explained, “[f]actoring is a process wherein one business—a factoring firm, purchases accounts receivable from another business at a discounted price and in exchange, the factoring firm advances working capital.”

The underlying issue in Factor King, LLC v. Housing Authority for the City of Meriden et al was summarized in the Appellate Court decision.

On August 30, 2016, Factor King and a third party, AEG, entered into an  agreement under which Factor King received the option to purchase any of AEG’s accounts receivable that it deemed to be eligible accounts, and received a security interest in all of AEG’s accounts receivable, purchased or unpurchased. The agreement provided that the plaintiff may, but was not required to, purchase any of those accounts that it deems eligible.

Factor King claimed in its lawsuit that, pursuant to the UCC, the housing authority should have made the $2,217,750 payment to Factor King, despite Factor King having never purchased the underlying invoices from AEG.

“On appeal, [Factor King] argues that the court erred in ruling that (1) § 42a-9-406 applies only to invoices actually purchased by the party assigned an account, and (2) the [Factor King] is not considered an ‘‘assignee’’ of the account in question under the agreement such as to trigger the protection of § 42a-9-406,” the Appellate Court decision says. “… [Factor King] also challenges the court’s denial of its motion for summary judgment. In response, the [housing authority] argues that (1) § 42a-9-406 contemplates the purchase of specific invoices in order for those amounts to become collectible by the plaintiff, and (2) the plaintiff is not an ‘‘assignee’’ of the account in question for purposes of triggering § 42a-9-406 because the plaintiff had only been ‘‘assigned’’ a security interest in the account, and had not been assigned the specific amount due on the invoice sent to the defendant.” 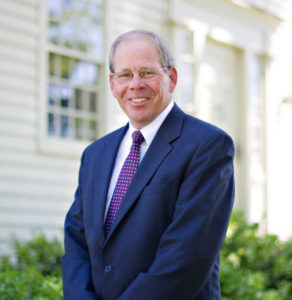 Attorney Franklin has spent his entire career at Cramer & Anderson engaged in Civil Litigation and Appellate Litigation. He has broad experience in appellate advocacy, both in the Connecticut Supreme Court and the Connecticut Appellate Court, and has briefed and argued over 35 appeals on a broad range of legal issues, and from a wide variety of sources.

Our attorneys and staff are dividing their time between working remotely and spending time in our offices, while observing proper social distancing measures amid the COVID-19 coronavirus.