The collapse of the 12-story Champlain Towers South condominiums in Surfside, Fla., has cycled out of the nightly news headlines, but the issues underlying the tragedy remain pressing—including for condo owners and associations in Connecticut.

In a July story, Slate Magazine pointed out that the rise of condos as a popular housing option began with the adoption in 1961 of the National Housing Act, which favored multifamily buildings as a way of increasing the affordability of home ownership. “By the ’70s and ’80s, the country was routinely building (or converting) more than 100,000 condos or co-op units every year,” Slate said.

That timeline suggests condos of all types and sizes have reached an age where a variety of structural issues may arise, depending on how committed and diligent condo boards and associations have been in handling is necessary repairs and upgrades over the years.

An August NBC News report said the Surfside collapse “has drawn fresh attention to loopholes that allow condo associations to delay inspections, renovations and compliance with directives they say are too expensive or burdensome.”

At the heart of the issue is whether condominiums are safe and well-maintained, and whether repairs and upgrades are done in a proper, equitable and cost-efficient way—and that depends on how condo developments are managed.

There are many concerns by owners when it comes to the powers and actions of condominium associations and boards—ranging from political squabbles to budgetary priorities and concerns—but let’s focus on safety.

The Community Associations Institute (CAI) shared condo safety resources in the wake of Surfside that advise condo residents to ask board members, and/or the association manager, these questions:

The CAI also generally recommends property owners know their rights and responsibilities, and ask the association and board members questions about important issues and concerns, as well as agreeing to fund reserves for repair and replacement of major components.

Condominium association boards, meanwhile, have a fiduciary duty to protect their community, as well as many other responsibilities, which are delineated in a Connecticut Office of Legislative Research report.

Issues and controversies that divide condo owners and association boards in Connecticut are not uncommon, in part because the statutes and laws governing condos are complex, as illustrated by a Judicial Branch guide to Connecticut condominium laws that are encoded in the Common Interest Ownership Act, commonly known as CIOA.

The primary powers of condo boards are listed as:

The impact of monthly association fees, and the specter of unexpected assessments for improvement projects, caught the notice of National Public Radio in a July story entitled “Why Steady, Low Condo Fees Should Raise A Flag – And Other Tips For Owners And Buyers.”

“The monthly homeowner association dues … we call that the ‘fool’s gold,’ because that’s a number that people like to be low. The job of the board of directors is to provide for the needs of the association, and those needs accumulate over time,” Robert Nordlund, founder and CEO of Association Reserves, told NPR, while offering advice on where potential buyers should look for warning signs. “Deterioration is real, and so the number to look for is the association’s ‘percent funded.’ That’s the indicator of the combined physical and financial health of the building,” Nordlund said in the story.

Condos are a great living environment for many and offer attractive benefits such as maintenance by others—but there are potential downsides and pitfalls. As with all real estate matters, due diligence and careful consideration of all the factors are paramount when purchasing and throughout ownership. 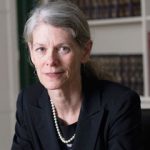 Cramer & Anderson’s real estate attorneys have decades of experience in handling condo transactions, as well as representing condo associations and boards. We encourage condo owners, prospective buyers, and board members with issues or concerns to reach out by contacting me via the button below, or connecting with any member of our Residential & Commercial Real Estate Law team.