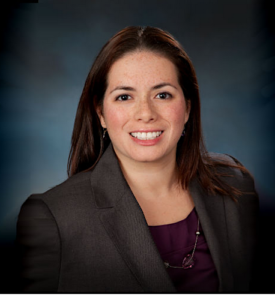 A March 21 settlement in a lawsuit has resulted in the Department of Homeland Security (DHS) agreeing to restore a path to permanent residency for many Temporary Protected Status (TPS) beneficiaries that had been blocked by then-acting USCIS Director Ken Cuccinelli, according to a release on the settlement.

TPS beneficiaries who were impacted by the previous policy change will be able to reopen and dismiss their removal orders and apply to adjust their status to become permanent residents, eliminating the threat of deportation if their TPS protections are revoked in the future, the release said.

“Today’s agreement will allow TPS beneficiaries—many of whom have lived in the U.S. for decades and built deep roots in their communities—to once again seek permanent residency and extinguish the threat of deportation if their TPS protections are revoked,” Democracy Forward Senior Counsel John Lewis said in the release.

“This victory will change the lives of those individuals impacted,” Abel Nuñez, Executive Director of the Central American Resource Center (CARECEN), added in the release. “As an organization, we are proud of our continued efforts to defend our community as they integrate into their new home in the U.S. CARECEN will work with those TPS members that qualify under the settlement and also keep fighting to ensure that all TPS beneficiaries who have been in the U.S. for over 20 years and have complied with everything that has been asked of them are able to apply for legal permanent residence.”

Seven Temporary Protected Status (TPS) beneficiaries and CARECEN sued the Trump administration for unlawfully denying tens of thousands of TPS beneficiaries the opportunity to take steps to adjust their immigration status and become permanent residents, according to the release, which said, “In the lawsuit, the seven current TPS holders shared their stories. Now, each one now has the opportunity to obtain permanent residence.”

Among its measures, the settlement says:

For a period from this date through at least January 19, 2025 (the “Relevant Period”), unless an individual is an enforcement priority under DHS’s operative civil immigration enforcement guidelines, the Office of the Principal Legal Advisor (“OPLA”) of U.S. Immigration and Customs Enforcement (“ICE”) will generally exercise its prosecutorial discretion by agreeing to join a motion to reopen, and moving to dismiss the removal proceedings of an individual who meets the following criteria:

“This settlement is a hopeful sign and a potentially life-changing development for so many in our communities who need and deserve affirmation and support rather than roadblocks in their journey to helping make our nation a better and richer place to live,” said Cramer & Anderson Immigration Law Partner Lisa Rivas.

Those seeking assistance with the TPS matters and all immigration-related issues may reach out to Attorney Rivas by phone at 203-744-1234, or by email at lrivas@crameranderson.com.

Attorney Rivas is highly experienced in all aspects of Immigration Law and has been widely honored for volunteer work on behalf of the immigrant community.

These honors include a 2020 Graduates of the Last Decade Impact Award from the UConn Law School Alumni Association, a Connecticut Law Tribune New Leaders in the Law award, an Above and Beyond Award from the Hispanic Center of Greater Danbury, and a Pro Bono Award as part of Law Day in Danbury.