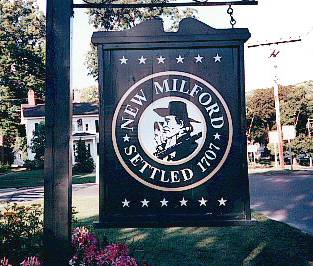 In a major legal victory for the Town of New Milford, the Connecticut Appellate Court has affirmed the trial court’s judgment in favor of the Town in a case centered on the remediation of the former Century Brass property.

As result of Standard Demolition’s breach, the Town terminated Standard and had to hire a substitute contractor at a higher bid price.

In December 2019, after nearly four years of complex litigation involving hundreds of court filings, numerous expert witnesses, 22 days of trial and complicated legal briefs, the Town was awarded a judgment of $489,372.

Standard had also countersued in an eight-count counterclaim, alleging the Town withheld critical bid information regarding contamination. The trial court rejected all eight counts of the counterclaim, finding for the Town on each.

Standard appealed, and in its April 22 decision, the Appellate Court fully agreed with the trial court, affirming that the Town properly described and bid the project, and properly discharged Standard and terminated its contract.

On the Town’s cross-appeal of Standard’s counterclaim, the Appellate Court agreed with Cramer & Anderson’s argument that the trial court should have included other elements of damages in addition those awarded. 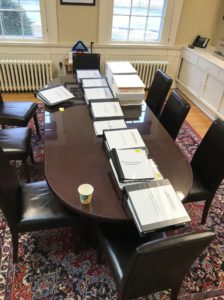 The Town of New Milford’s exhibits in the Century Brass case at the trial court level.

Cramer & Anderson Partner John Tower was lead trial counsel throughout the case and headed the litigation team that included Partner Randall DiBella, the Town Attorney for New Milford since 2004, and Associate Graham Moller.

“We were proud that justice was done at the trial court level when Judge Dan Shaban found that the Town fairly and fully disclosed in good faith all material facts and circumstances to all bidders and properly terminated Standard, and the court found that Standard breached the contract as New Milford had alleged,” Attorney Tower said. “To have the Appellate Court reject Standard’s appeal while agreeing with our cross-appeal and reversing the trial court’s limited award of damages in favor of our client was equally gratifying.”

“The case was long, complex and arduous, involving dozens of pleadings and motions, hundreds of exhibits, multiple civil and environmental engineering experts, numerous depositions, legal briefs and memoranda and 22 days of trial,” Attorney DiBella said. “The Trial Court’s judgment and Appellate Court result validates the propriety of the Town’s actions, its procedures and protocols. The judgment clearly affirms that, despite pressure to settle, the steadfast resolve of Mayor Pete Bass and the Town Council in defending and fighting for the Town was most appropriate.”

Early on the Town Council rejected Standard’s initial demand that the Town pay $2.3 million and during the trial phase, the Council also rejected an $800,000 reduced demand from Standard.