Cramer & Anderson has represented generations of families and business owners, and helped protect the legal interest of many local municipalities.

Since our founding, our attorneys have been engaged members of our cities and towns, serving on municipal boards and committees and participating in local organizations. This has allowed us to grow to the largest firm based in northwestern Connecticut.

The law firm’s origins date back to the Civil War, when John H. Hubbard, a member of Congress and a Salisbury, Conn., native, began his law practice in Litchfield. Nicknamed “Old Connecticut” by President Lincoln, Hubbard practiced law until his death in 1872. His son, John T. Hubbard, took over the practice, representing his hometown in the Connecticut General Assembly from 1901 to 1905 and serving as probate judge for Litchfield for many years

Hubbard & Cramer was created in 1928, when David Cramer joined Judge Hubbard in the practice of law. In 1962, David Cramer and his partners, then known as Cramer, Blick, Fitzgerald & Hume, merged with Henry B. “Hank” Anderson’s New Milford firm, then known as Anderson & Altermatt, and Cramer & Anderson was born. 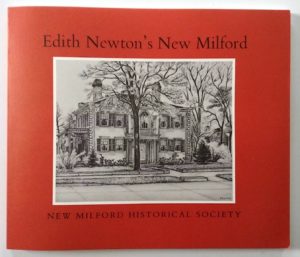 The firm’s flagship office is located in the historic Elijah Boardman House in New Milford, built in 1793 for the prominent businessman and U.S. Senator. According to “Edith Newtown’s New Milford,” published by the New Milford Historical Society, the house remained in the Boardman family into the 1930s and was purchased by Cramer & Anderson in 1973.

Today, the firm has offices in Kent, Litchfield, New Milford, and Washington, in Litchfield County, as well as Fairfield County offices in Danbury and the newest location in Ridgefield.