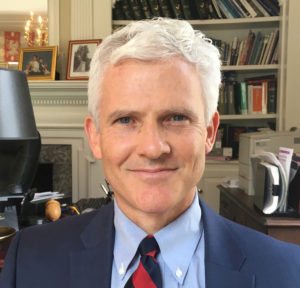 The CLT has been announcing winners in the different categories each day, and on Friday, Aug. 25, announced this year’s Distinguished Leaders, who were nominated by peers and selected by a panel. Professional Excellence Awards winners will be honored at the annual Connecticut Legal Awards Dinner Oct. 3 at the Bond Room in Hartford.

In announcing Attorney Tower as a Distinguished Leader, the CLT said, “Tower went to bat for a mother in Brookfield who hired a Danbury contractor for $38,725 and ended up with incomplete repairs, a $116,000 bill and workers who had walked away from the job.”

In nominating Attorney Tower for the award, Cramer & Anderson Senior Partner Ken Taylor elaborated on his colleague’s exceptional work in a difficult case:

Carol Degen, a middle-aged single mother of two adult children, decided in 2007 to renovate the kitchen and small bathroom of the family’s house in Brookfield. She hired a Danbury contractor for a $38,725 project and the family went to a motel.

The contractor immediately began citing unexpected issues—and $116,423.96 later, including a new mortgage on a house the family had owned outright, he walked away. The house was gutted. Only two-by-fours extending from the basement to the roof kept it standing.

… the family connected with the Holland Family Foundation, which provided a nice, below-market-rate apartment in New Milford, along with the services of Attorney Tower, who filed suit.

Fast-forward to 2016, when Attorney Tower won an impressive judgment for the family of $471,603.46. It should have been cause for celebration, but the judgment was also a dead-end.

When it became clear it was unlikely the judgment would be honored, “Attorney Tower dug deeper for this at-risk family,” Attorney Taylor said.

Working with the firm’s media consultant, Attorney Tower turned to WFSB, Channel 3 Eyewitness News, which put reporter Eric Parker, who is also an attorney, on the story.

Attorney Taylor explains what happened next in his nomination letter:

The result was an I-Team investigation story that opened the 11 p.m. newscast on Halloween 2016 and lasted for more than eight minutes.

The response was stunning, and exactly what Attorney Tower had envisioned, even though he downplayed expectations to avoid creating false hope for the Degens.

Harnessing the power of TV news led to a groundswell of support, and the coming together of volunteers, professionals and contractors, who are now working to build the Degen family a new house essentially for free.

In a case that had no possible good ending, Attorney Tower found one, and he is now guiding legal aspects of the rebuild effort on a pro bono basis.

The nomination letter also noted Attorney Tower’s role in winning a $1 million settlement in 2016 for the family of a man killed in a cycling accident.

Attorney Tower’s primary focuses are Civil Litigation and Municipal Law. He has served as New Milford’s Town Attorney since December 2015, a role he shares with Partner D. Randall DiBella. He was Assistant Town Attorney for New Milford from 2003 to 2015.

Attorney Tower works primarily in the firm’s New Milford office and may be reached at (860) 355-2631, or by email at jtower@crameranderson.com.

The firm also has offices in Danbury, Litchfield, Washington Depot and Kent. For more information, call the New Milford office at (860) 355-2631 or see the website at www.www.crameranderson.com